Welcome to Battlecruiser Wednesdays where each Wednesday we’ll be taking a look at a different Battlecruiser design and we’ll be analysing it in our usual “A Detailed Look At” format. This means we’ll see how it could be implemented into the game based on all the data we have available and the formulas we’ve derived to translate real-world values to in-game values. Hope you enjoy our work and as usual, comments and feedback are welcome!!!

The O class ships were designed to be extremely fast and lightly armoured, only capable of withstanding fire from 8” guns and nothing more. This very high speed was needed to raid convoys and engage cruisers while being substantially higher than heavier armed and armoured ships to enable it to flee in case they tried to engage. The O class was a straight upgrade in all respects from the P class and the Deutschland class, possessing larger main battery guns of 380mm instead of 280mm, thicker armour, better AA capabilities and being capable of attaining higher speeds. The O class design had been finished in 1940 and although contracts were issued for their construction, no work was ever done on those battlecruisers.

The O class would be the last battlecruiser designed by Germany and the fastest vessel of its kind anywhere in the world, reaching a truly astonishing feat of 35 knots with such a large ship with all the armour and guns it carried was a marvel of engineering. Were they to have been completed, they would have been fearsome merchant raiders and a thorn on the side of British supply routes.

DISCLAIMER: It is important to note that following German naval naming practices, the O class ships never received a name and only were assigned letters. I have decided to call these vessels as the Ludendorff class in honour of Erich Ludendorff, a German general during World War 1 and the proponent of the “Total War” theory, this way I don’t need to keep calling it the O class which might’ve been confusing.

The Ludendorff’s armour is a clear indicator of what its designed purpose on the battlefield was. The Ludendorff was meant as a commerce raider and a heavy cruiser hunter, that’s why the Ludendorff’s armour is intended to protect against 8” guns and not much more. The 190mm belt armour thickness should be enough to bounce incoming 8” shots and might even bounce 14” shots if they hit the right part of the belt with the proper angling. The rest of the Ludendorff’s armour is quite weak, being of an upper-tier cruiser standard, it should prove serviceable when fighting against cruisers and destroyers but will be pierced easily by any big guns pointed at it. The turrets are quite lightly armoured as well and you should expect to have them knocked out from time to time if you’re under fire.

The Ludendorff’s main battery is exactly the same one used by the Gneisenau at tier 7, with three turrets each housing twin 380mm guns. The Ludendorff’s main battery which is so aptly used by the Gneisenau really comes under scrutiny when used by the Ludendorff due to the fact that they’re brawling guns on a lightly armoured platform. German guns have quite bad accuracy at long range and since the Ludendorff doesn’t have a big number of guns, hitting enemies at long-range may prove to be a difficult task. Whereas other German capital ships are capable of tanking the damage needed to get in range for those guns to really get into their stride, the Ludendorff doesn’t have the armour to do so which makes it even harder for the Ludendorff to go against other capital ships which is something it shouldn’t strive to do.

The Ludendorff’s 380mm guns will make mincemeat of any cruisers that it hits, being capable of overmatching the prow armour of anything it will encounter at tier 6 and due to its fast speed it can provide support for allied cruisers to tip over the balance in a cruiser push. Overall the main battery won’t be great at sniping enemies, but it will punish any cruisers it finds even as the Ludendorff chases them and if they try to get close to launch torpedoes, the accurate fire of the guns will really hurt.

The good range of the secondaries coupled with their good rate of fire and use of HE shells somewhat counteracts the small number of guns that the Ludendorff carries, which marks the Ludendorff’s secondary battery as average. It is slightly weaker than the Warspite’s, and the Dunkerque’s if it gets those secondaries firing, but better than the Fuso’s and the New Mexico’s. 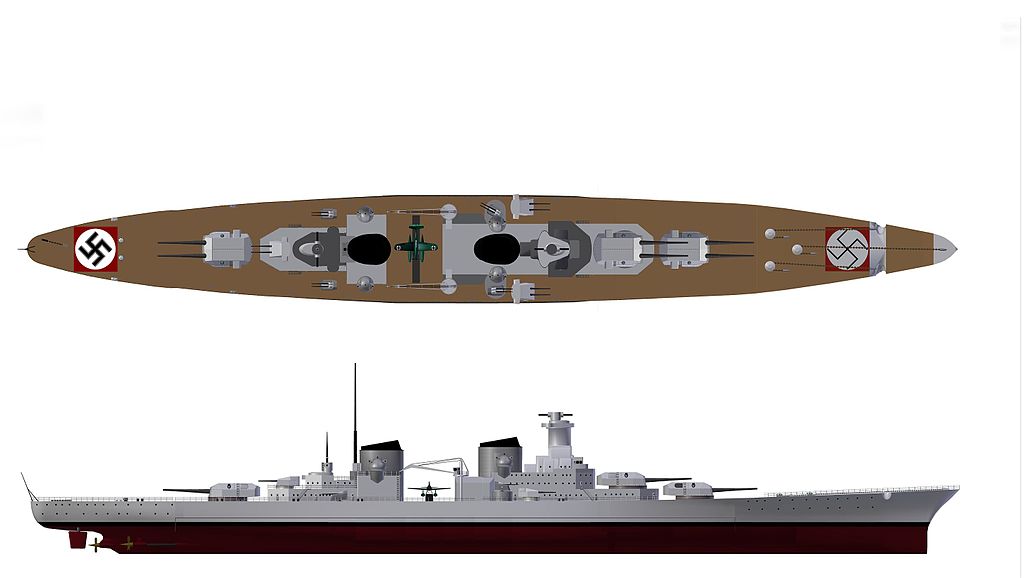 Figure 2 – Top and side view of the Ludendorff class

This is the same torpedo battery featured by the Gneisenau at tier 7 and the Nurnberg’s top hull. The torpedoes are the standard 6km range, 13700 damage, 64 knot torpedoes that you know and love from all German ships except for the Karlsruhe. The chances you’ll have to use these torpedoes are limited as being in such close proximity to any enemies goes against your odds of survivability which aren’t particularly good in any situation. If you do manage to use them, consider them to be part of your secondary weapon arsenal and can be used to finish enemies that get to close or force them to maneuver away from you. If you decide to use them offensively as finishers, you have the advantage of being faster than almost anything else at the tier and thus you can close the distance to your target very quickly.

The AA suite of the Ludendorff class is typical of German ships, having a great long-range aura and then decaying in the mid-range. The Ludendorff’s AA is a mostly even mix of long-range and short-range AA auras with a sprinkle of mid-range AA and overall should mean that a few planes get shot down on approach and once they’re close enough, more will get downed. The Ludendorff’s AA dps is slightly on the low side for tier 6, however it is better than the Fuso, the Arizona and the Dunkerque, while being slightly weaker than the Bayern and the Warspite’s. The New Mexico as always has the most powerful AA suite at tier 6 but the Ludendorff has still got good enough AA to take down a few planes from attacking waves. The Ludendorff’s got an average, but workable AA suite that can greatly use whatever buffs you can provide for it.

The Ludendorff will have the standard tier 6 battleship consumables and 4 charges of the Catapult Fighter or Spotting Aircraft consumables.

The Ludendorff is the culmination of the German battlecruiser design, developed to be a commerce raider and cruiser hunter instead of fighting in the main battle line as previous German battlecruiser designs. The Ludendorff was designed to be a high-speed raider that would engage merchant ships and escorting cruisers and fleeing in the presence of heavier armed warships. In-game, the Ludendorff will behave exactly as it was designed, using its great speed to keep up with its cruisers and engage enemy cruisers before fleeing whenever heavy guns are brought to bear against it.

The Ludendorff is an especially dangerous foe because its speed is combined with a large hitpoint pool, torpedoes, armour capable of defeating cruiser fire and battleship grade weapons. Such a firepower package with this mobility is unprecedented in-game and although it might seem to be overpowered, there are glaring weaknesses that enemies may exploit. The Ludendorff is fast, hits hard and has a big hitpoint pool, but it has very thin armour, it’s quite large, has a large turning circle and mediocre AA. The thin armour is thinner than that of the Ishizuchi, a ship which even at tier 4 isn’t particularly well armoured and the Ludendorff at tier 6 will face even larger guns. Its large turning circle, big size and mediocre AA all lead to the Ludendorff being the target of many a torpedo attack and aerial bombardment; you might take some solace in that the underwater protection is quite decent, but you’ll still take massive damage from torpedos.

Overall, the Ludendorff would be a true battlecruiser, providing fun and exciting gameplay by virtue of its speed and big guns. It will be tricky to play the Ludendorff as you will attract a lot of attention and with the thin armour, any moment when you overextend will be heavily punished. The Ludendorff is a powerful surgical knife to quickly remove enemy cruisers and relocate where heavy firepower is needed; a glass cannon to be used by a deft captain and quickly strike before fading away, avoiding retaliation. Don’t forget to gift your enemies a few torpedoes if they ever try to get too close and personal with you.

Figure 3 – Side view of the Ludendorff class

Next week I’ll be talking about the Stalingrad class Battlecruisers, the last battlecruiser proposal of the Soviet Navy.
Skip back to main navigation

Horns in port broken 27 min ago

Directives of the German Carriers E.. 2 hrs ago

Did anyone buy one of the German qu.. 2 hrs ago