The following is a PREVIEW of some of the upcoming French Battleships which Wargaming very kindly provided me. The statistics discussed here are still being evaluated by Wargaming’s developers and do not necessarily represent how the ship will appear when released.
I was given access to the French Battleships a couple of days ago and played a handful of games on each.  I took a moment to jot down my initial impressions and then cross-referenced them with port stats.  Don’t let the evaluations here fool you — as the battleship meta becomes more and more fleshed out with offerings from different nations (and a glut of premiums besides), it’s harder and harder for a ship to really stand out above the rest.  Some of these ships were a lot of fun.  A couple were awful, but they were still relatively competitive and dodged a worse rating. 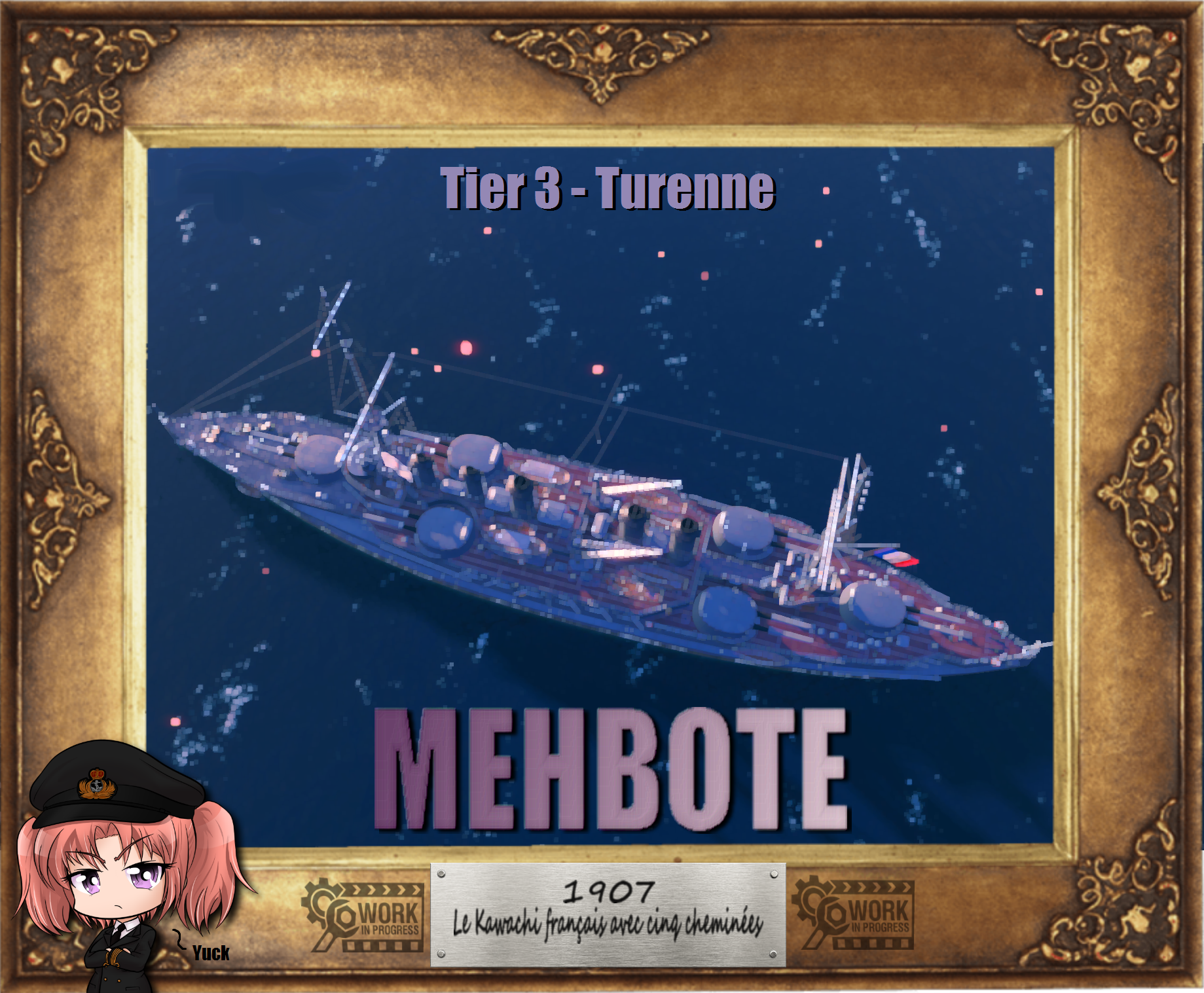 This reminded me a lot of playing Kawachi more than Nassau.  She’s got range problems and isn’t terribly inspiring.  Definitely not a keeper. 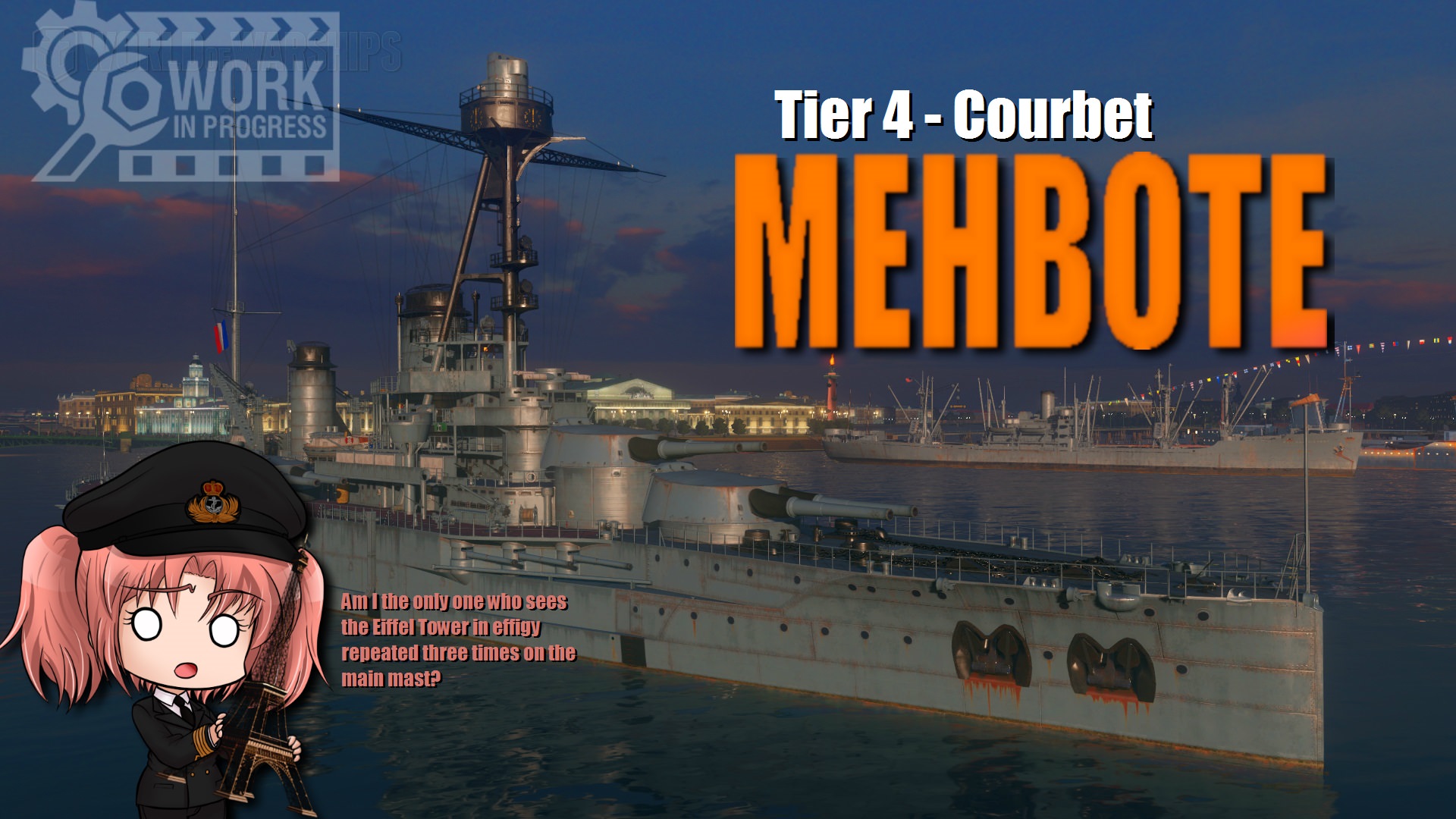 I liked this ship a lot.  She’s a solid ship — not one you’ll feel the need to free-xp past at all.  Her ten 305mm gun broadsides can’t compete with Orion’s monster 343mm, or the twelve 305mm off of Wyoming, Arkansas or Imperator Nikolai I, but she can hold her own.  This is definitely a tier where the competition for “Gudbote” is fierce. 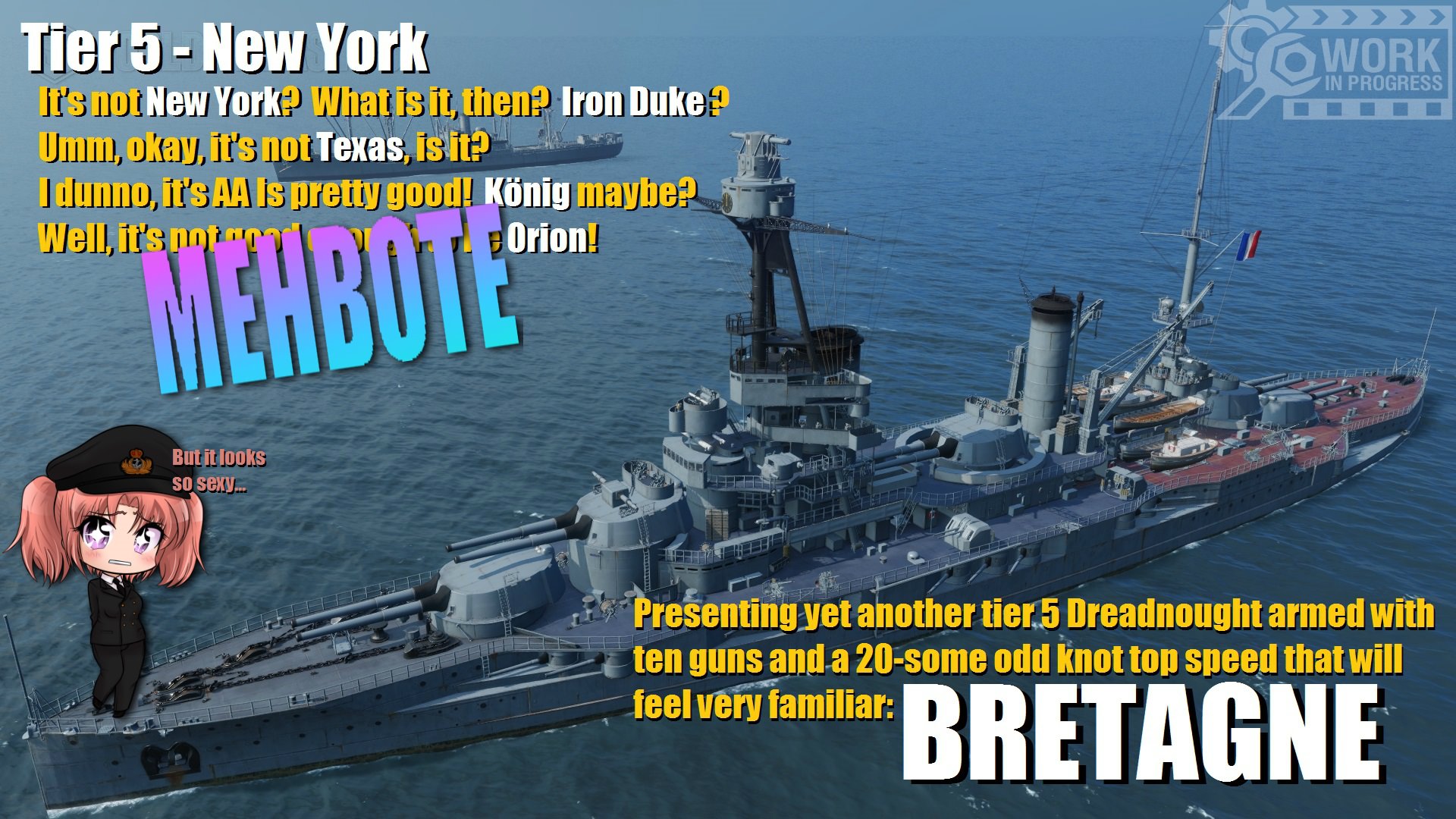 It’s no secret that I loooove ♥ World War One era Dreadnoughts.  The ships look amazing and she plays alright too.  She just didn’t do anything to stand out from all of the other tier 5 dreadnoughts I’ve played.  For looks alone, I am totally keeping this one. 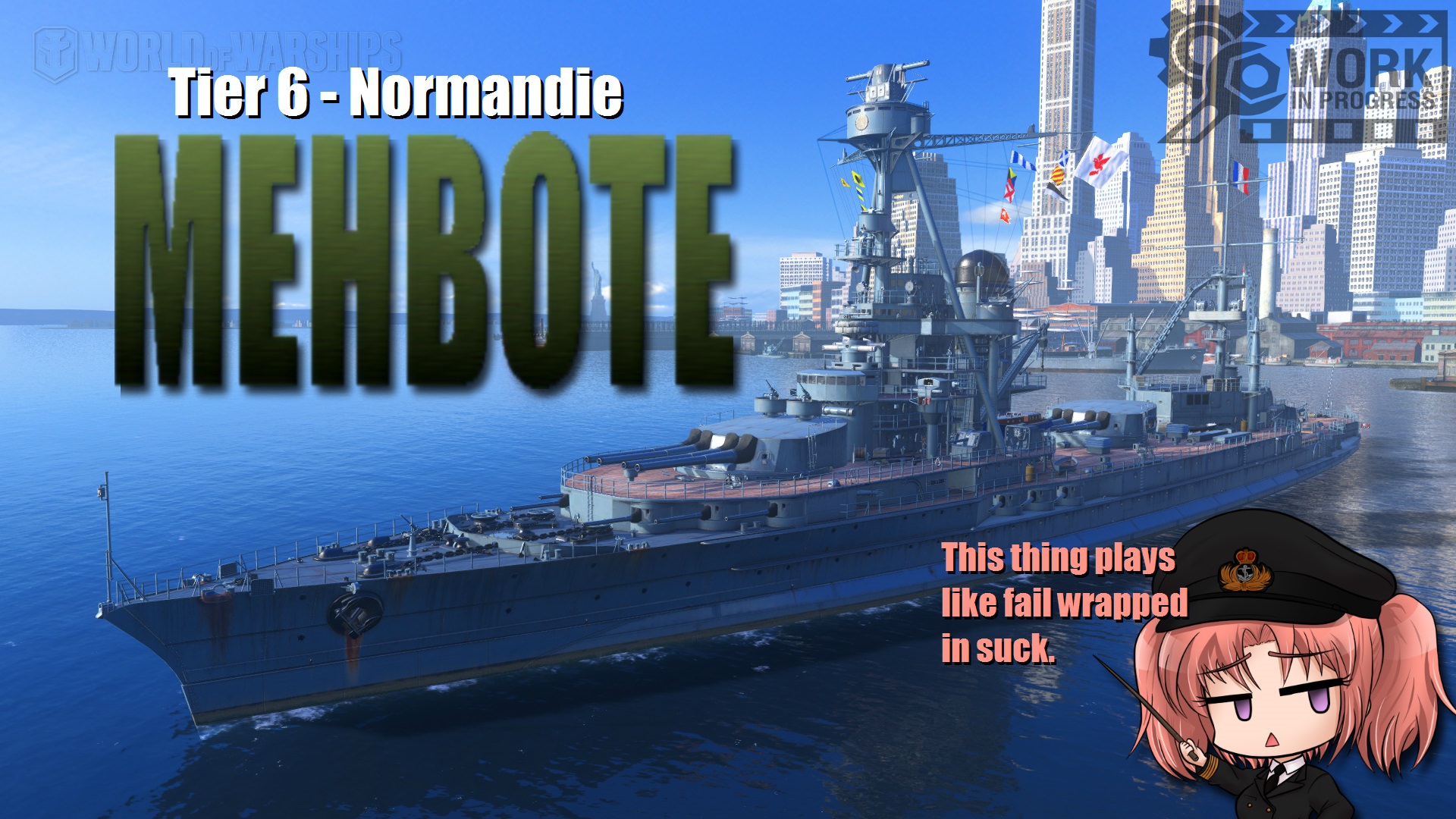 Lemme tell you a story of the first game I played in this.  It was a tier 7 match.  I found myself facing a Kaga and a Ryujo and our two CVs (and Independence and Hiryu) got outplayed in the first four minutes of the match.  Things went quickly downhill from there.  Normandie suffers from terrible firing arcs and one of the weirdest gun layouts you’re ever going to see.  Her AA power is also terrible.  However, she’s not without redeeming qualities.  She’s fast (28 knots), handles great (640m turning circle) and she’s punching hard with twelve 340mm guns.  This was enough to redeem her from a “GARBAGE” rating. 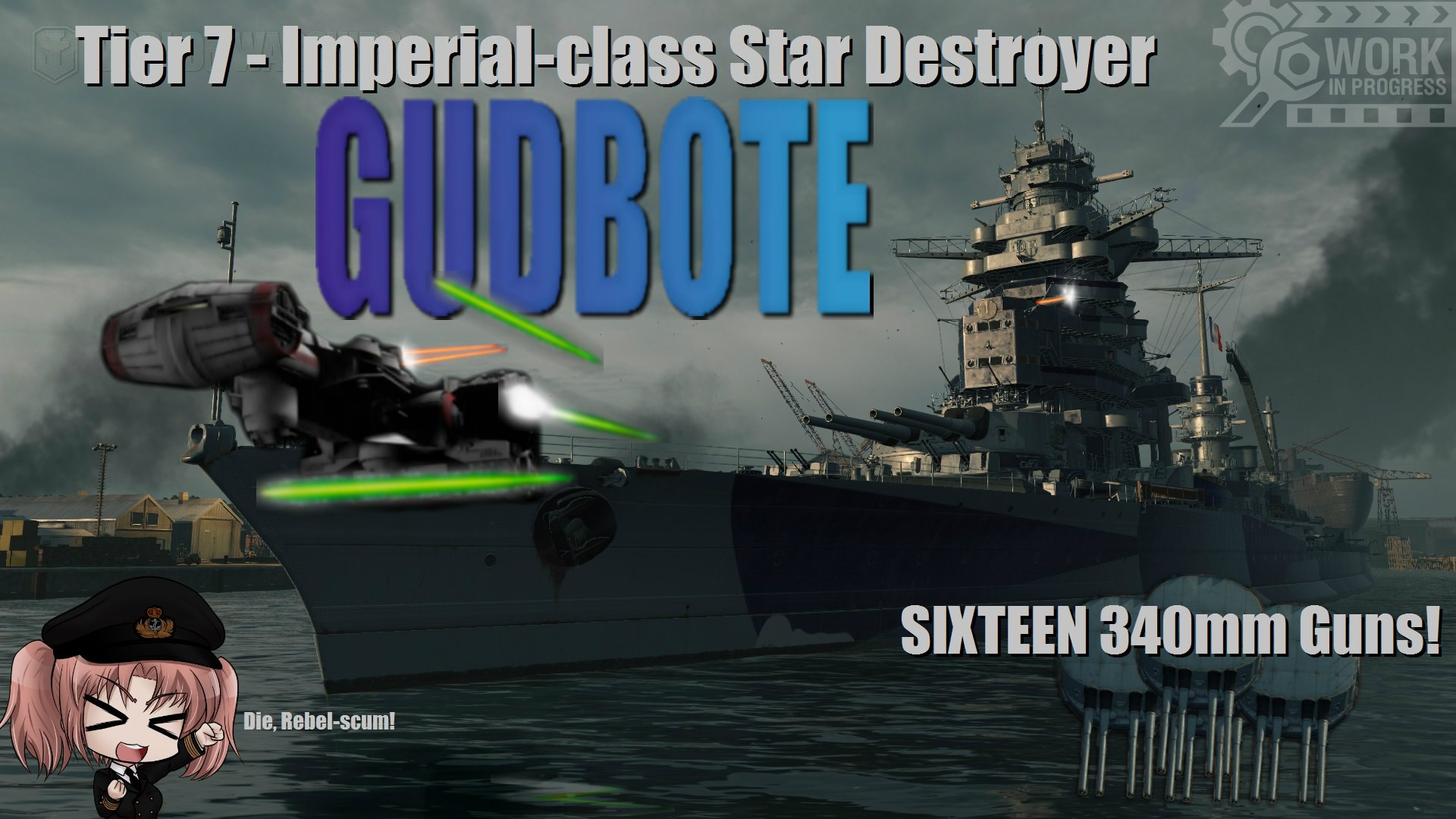 Sixteen main battery guns of battleship caliber solve a lot of problems, lemme tell you.  This thing is a beast and she looks as monstrous as she plays.

This ship is fun to play.  As she stands currently, a 30s reload on eight 380mm guns isn’t terribly competitive at tier 8.  The all-bow gun design is wonderful, though, and she’s got some solid AA defense going for her too.  Couple that with great speed and good handling, and she certainly could be upgraded to a “Gudbote” with just a tiny nudge to her rate of fire. 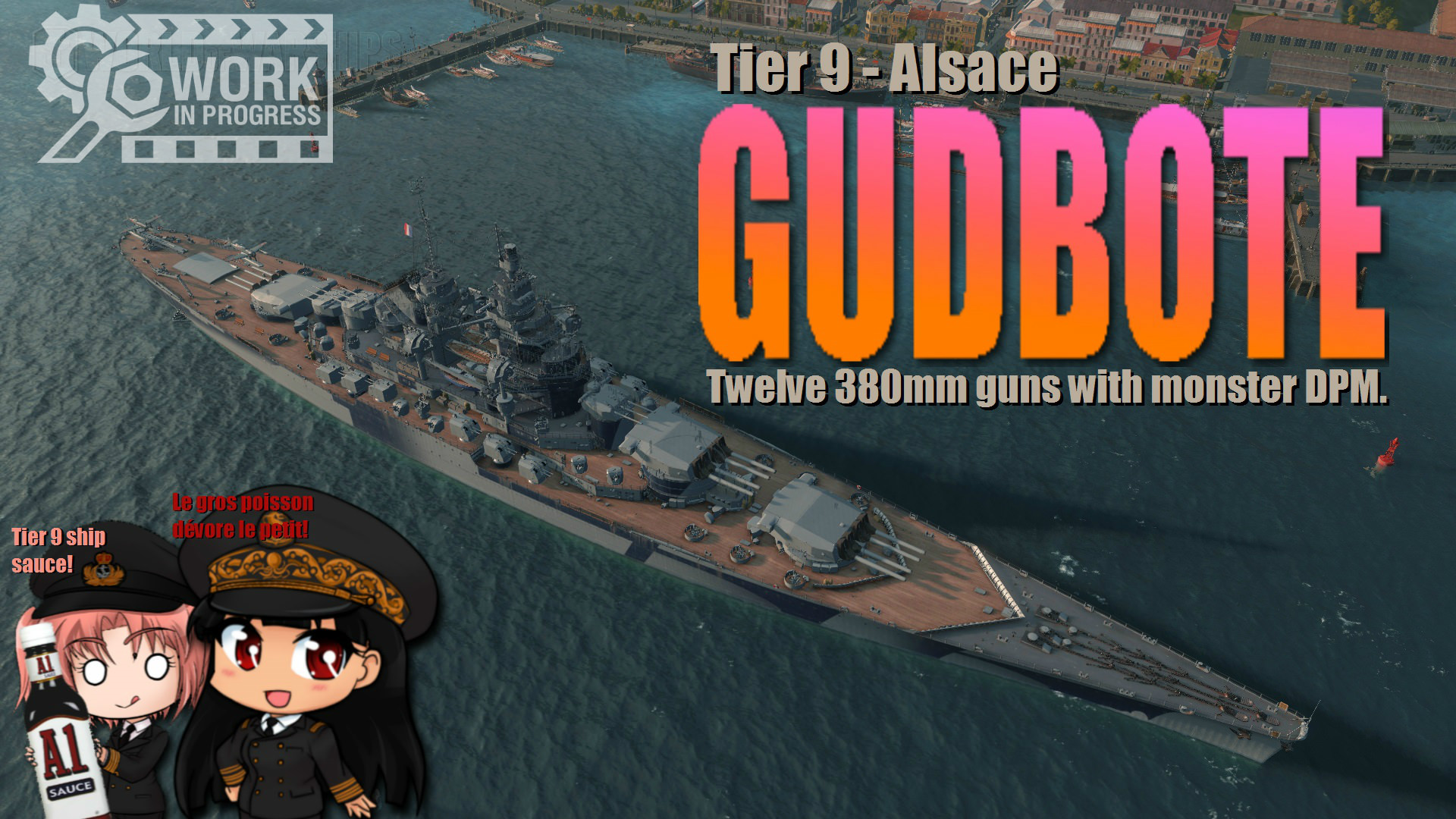 A very special thank you goes out to Chobittsu for the fun artwork!  Chobittsu put a lot of time into Alsace on the Public Test Server and I think it’s safe to say it was love at first sight.  Alsace is THE destination ship of the tech-tree line.  The only thing holding her back is the smaller caliber of her main battery. 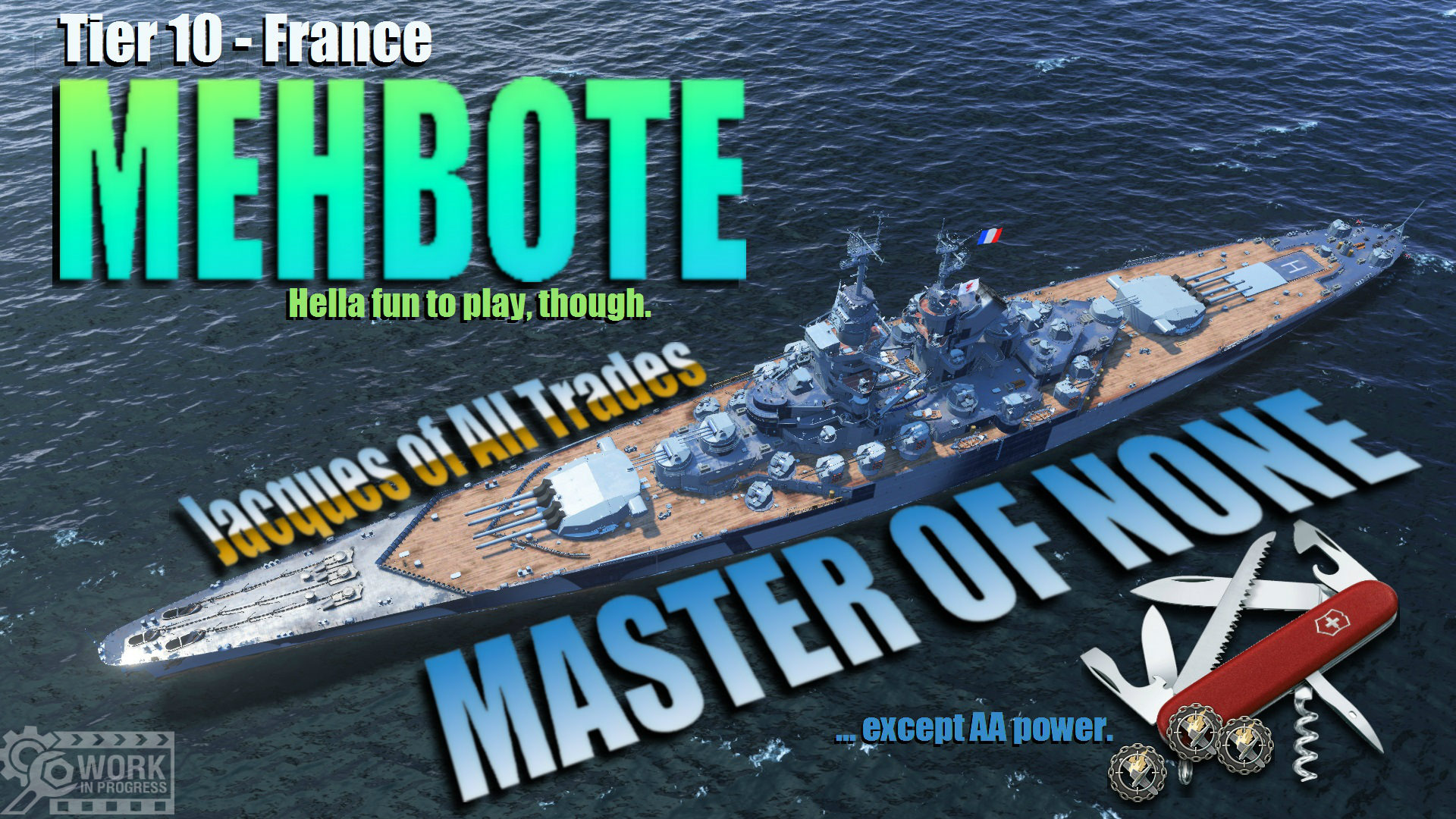 Right, I know I’m going to eat some flak for this one, but hear me out.  France is a versatile ship — probably the best clean-up hitter you could want at tier 10.  It’s possible to get her reload time down to less than 20 seconds per volley after she’s taken a bit of damage if you have the Adrenaline Rush skill on your commander.  As good as she is, though, she’s not going to topple Conqueror as a flame throwing nuisance, Yamato as queen of alpha strikes, Monatana for reliable damage to cruisers or Großer Kurfürst for raw tankiness.  About the only place she really excels is AA power, which tops even Montana’s.  She’s kinda relegated to the same role as Conqueror with 457mm guns.  So she’s a good ship, just not good enough in any one area to carve herself out a niche.
Conclusions
Overall, the French battleships are very comfortable and add some welcome variety to the battleship meta. Unlike the German and British battleships before them, this isn’t a tech tree line that’s going to shake things up.   I personally feel we’re going to see people gravitating to tiers 7, 8, 9 and 10 as the ships on offer here are fun and competitive, with Alsace being the overall winner when it comes to optimization.  I’m personally hoping to see Richelieu get a little bit of love before release. She’s not in a bad spot, but for such a famed ship, I do want to see her being one of the front runners at tier 8, especially given her unique design.
Once again, I would like to thank Chobittsu for the paper-doll artwork.  I had almost as much fun playing with them as I did the French battleships.  If you enjoy my work, please consider supporting me by becoming my patron on Patreon. 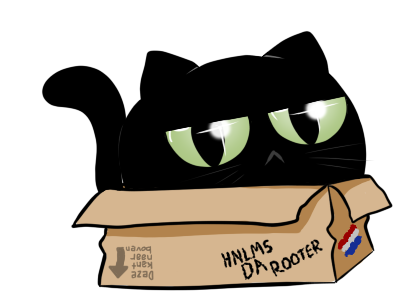 Questions for WG 20 min ago