With patch 0.7.8, the new (work in progress) British destroyers were given the same engine properties of the British cruisers.  This means they accelerate ridiculously fast and lose almost no speed in a turn.  I thought it would be nice to give you all a preview of what this means in practice.  Let me explain some of the terminology first: 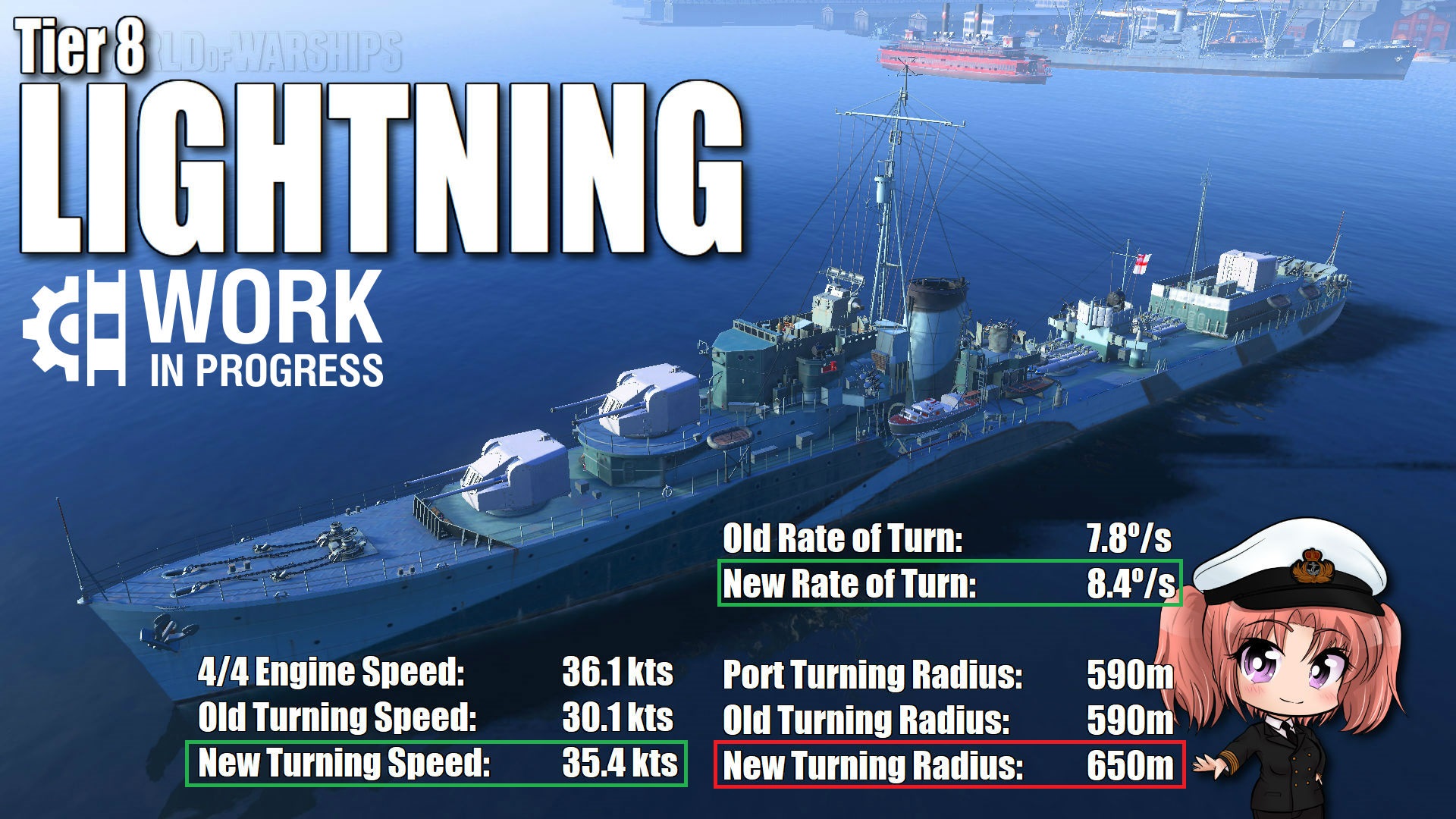 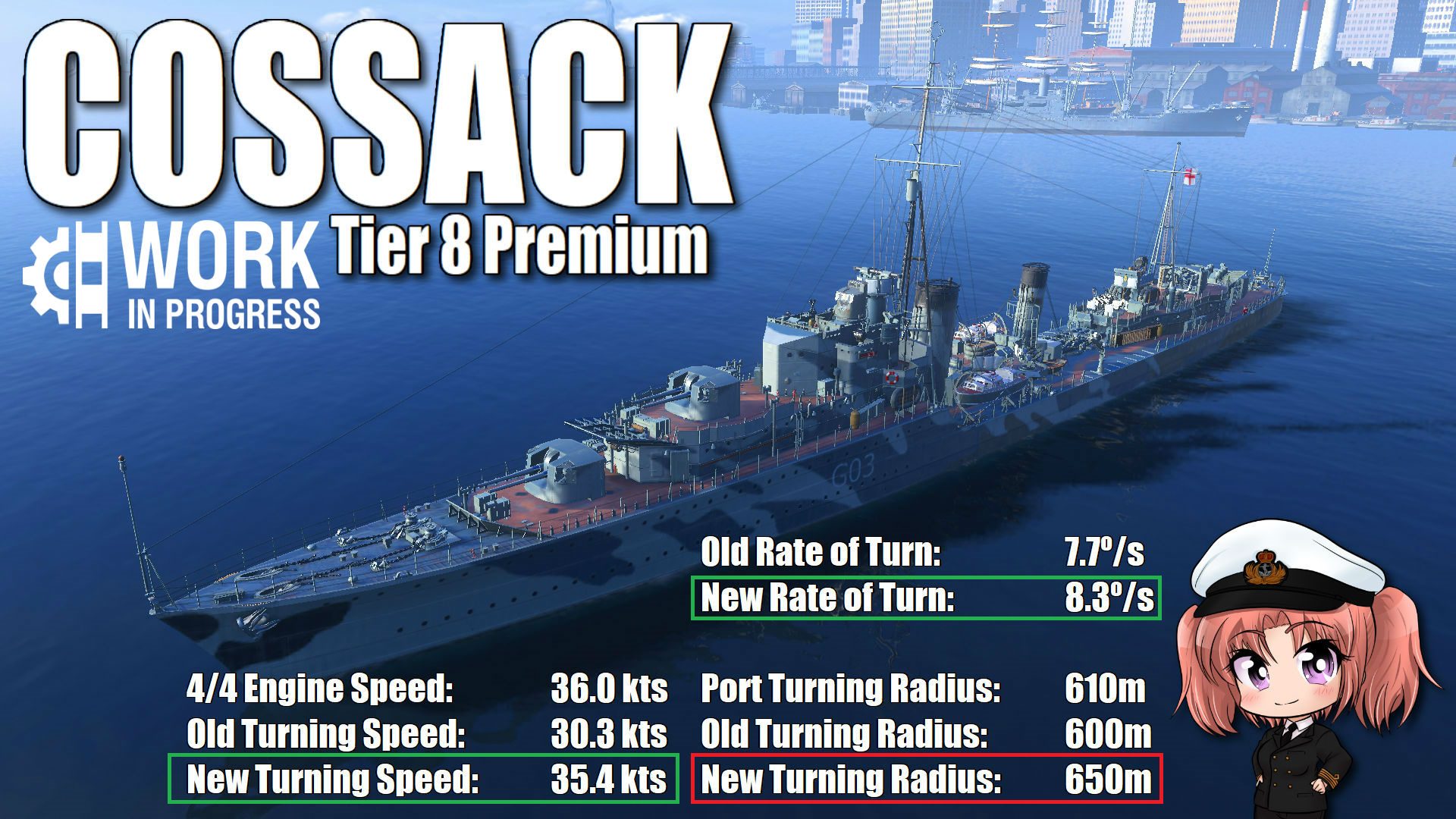 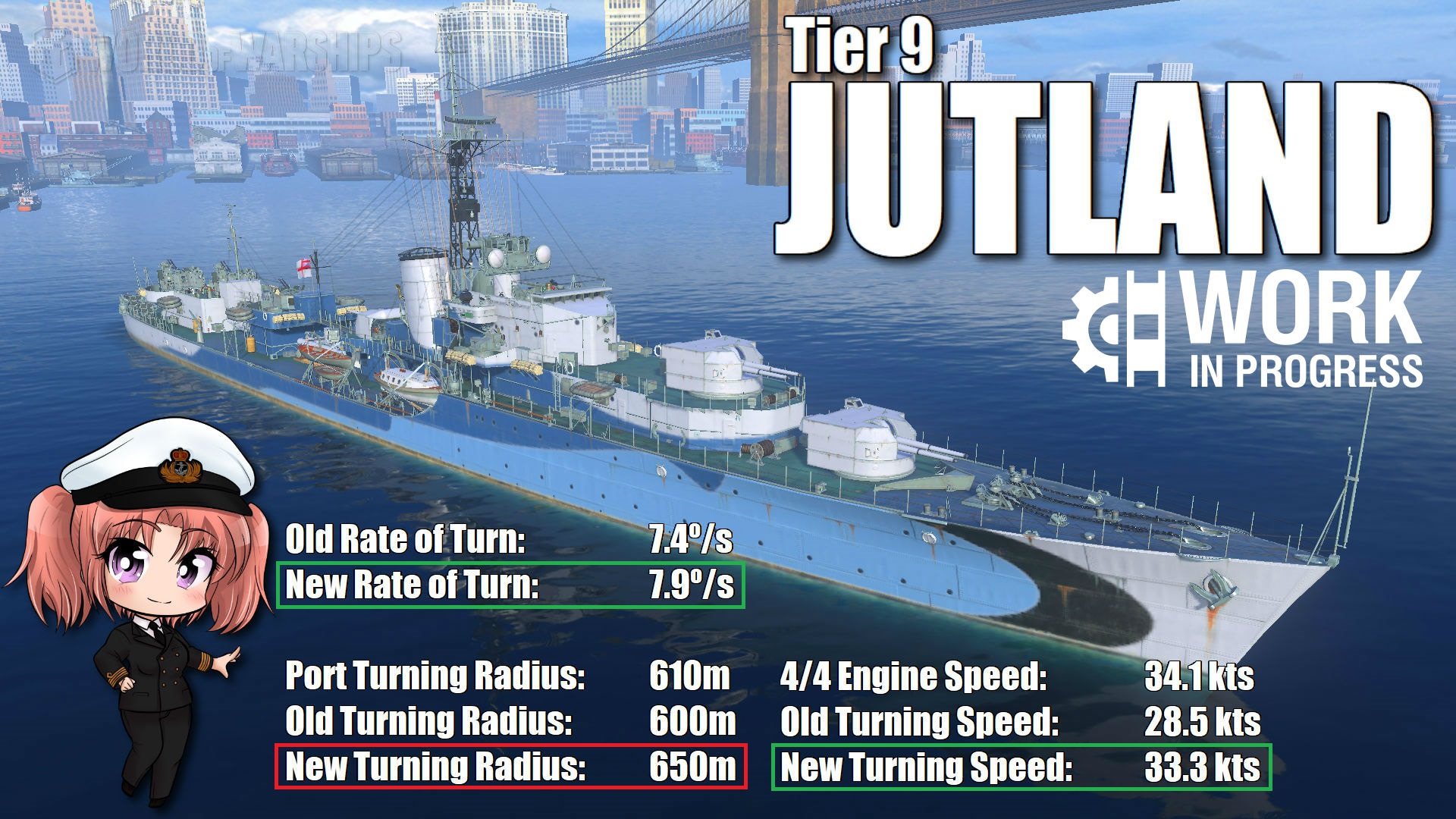 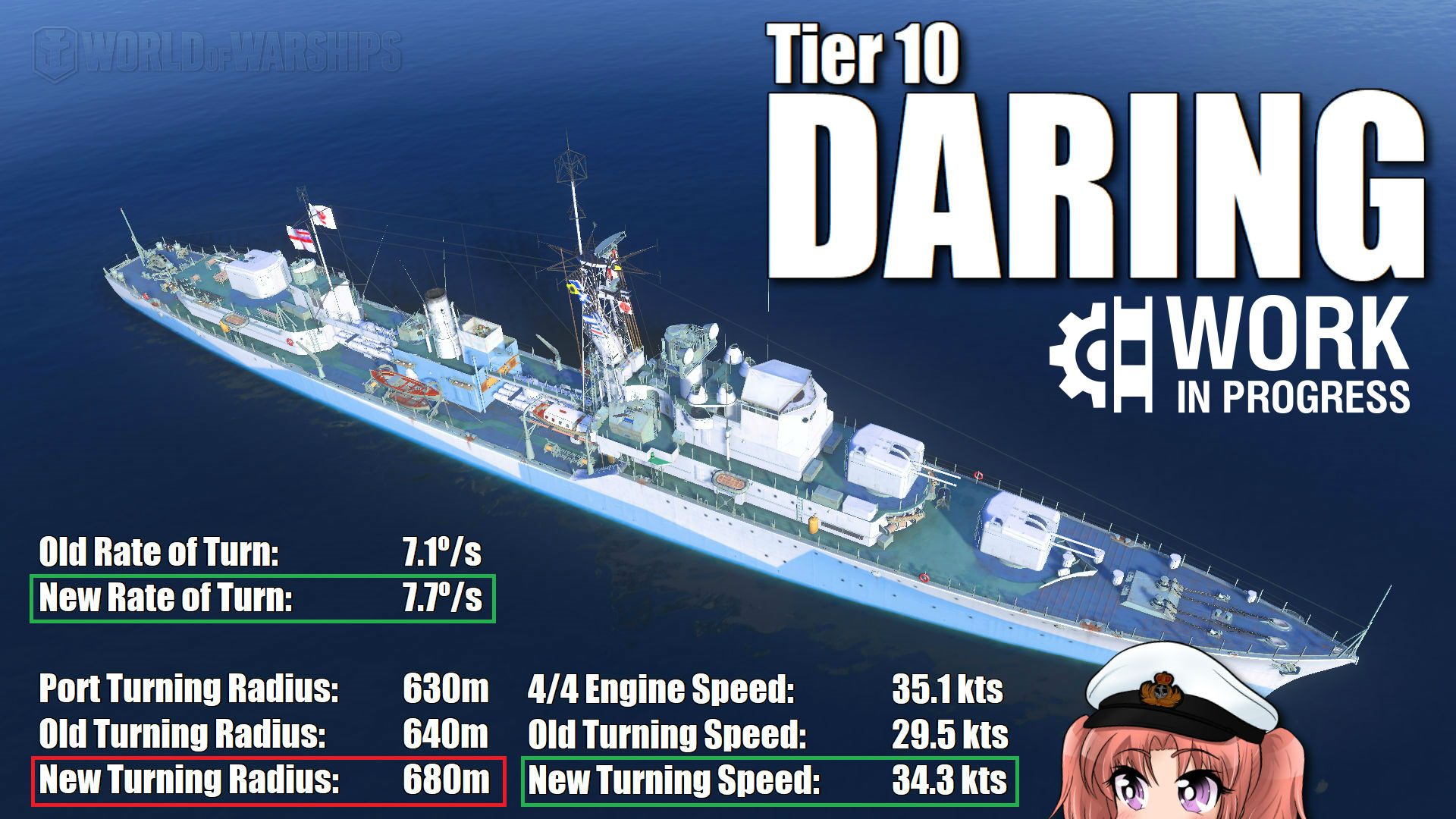 Overall, this is a significant buff.  Not only does it largely mitigate the absence of the Engine Boost consumable (which British destroyers lack), the increased acceleration they enjoy is far superior to that than would be provided by the Propulsion Modification 2  upgrade.  Thus, they can take Steering Gears Modification 2 and reduce their rudder shift time to increase the comfort of their handling further still.

These ships feel much more fun to sail in their current configuration, upgrading from a sluggish, slow Japanese destroyer type handling to that of a fast Soviet destroyer.  As far as gimmicks go, it’s not game breaking.  Having seen it already in the British cruisers, I find it more palatable.  I’ll be keeping a close eye on the development of these ships and I’ll let you know about any further changes to their agility and how it affects the numbers shown here.