Welcome to Battlecruiser Wednesdays where each Wednesday we’ll be taking a look at a different Battlecruiser design and we’ll be analysing it in our usual “A Detailed Look At” format. This means we’ll see how it could be implemented into the game based on all the data we have available and the formulas we’ve derived to translate real-world values to in-game values. Hope you enjoy our work and as usual, comments and feedback are welcome!!

The Hood was the flagship of the Battlcruiser Squadron of the Home Fleet and spent much of its inter-war career in non-intervention patrols and diplomatic efforts. Immediately recognized as one of the mightiest and newest ships in the world, the Hood was nicknamed “The Mighty Hood” and instantly became a symbol of the Royal Navy’s might. When war with Germany was declared, the Hood was patrolling the waters around Iceland and spent several months hunting for German commerce raiders and blockade runners. She received a brief overhaul of her propulsion system before she became the flagship of Force H and then participated in the destruction of the French Fleet at Mers-el-Kebir.

The Hood’s fateful day came on the 24th of May 1941 when she and the battleship Prince of Wales intercepted the German battleship Bismarck and the German heavy cruiser Prinz Eugen. In the Battle of the Denmark Strait, the Hood was repeatedly hit by German shells and violently exploded, quickly sinking. Only three of the Hood’s crew survived.

The Mighty Hood had been thought of as unsinkable by the British people and its effect on British morale was devastating, remembered even today as a great tragedy. It is interesting to think that the Hood was due for a major rebuild in 1941 that might have corrected the issues that led to the sinking of the Hood and the loss of over 1400 people. The Hood was sunk without ever having completed the destiny that British people had envisioned for it, but it will have another chance at completing it with you at the helm in World of Warships.

The HMS Hood would have to be implemented as extremely heavy battlecruiser. I have done the following analysis assuming that the HMS Hood would be slotted in the game as a Tier 7 premium Battleship for the Royal Navy. For reference, I have created this based on HMS Hood as she appeared at her mightiest, just before she was sunk.

This tonnage would put the Hood squarely at tier 8, being 1000t heavier than the Amagi, 1300t heavier than the North Carolina and 1406t and 1429t lighter than Bismarck and Tirpitz. The Hood was a massive ship and it would come along with a massive hitpoint pool when compared to other tier 7 ships. The Hood would weigh 2194t more than the Nagato, 6860t more than the Colorado, 7802t more than the Gneisenau and a massive 9297t more than the Scharnhorst which would give the Hood a massive hitpoint advantage over all other tier 7 adversaries, ranging from the 16k more HP when compared to the gimped HP of the Colorado to 2k more HP than the Nagato. The Hood’s armour however would ensure that this hitpoint pool would melt if the Hood was focused by enemy big guns.

The armour for the Hood is fitting for that of a lower-tier battleship and is a massive improvement over what the Hood’s original armour was. In fact, the armour for the Hood would not betray its battlecruiser origins after it was rebuilt, instead it is pretty solid in numbers and wouldn’t be out of place at tier 6. The biggest issues the Hood’s armour presents are the limited deck, underwater protection and small main belt.

The limited deck armour is still passable for tier 7 but will be put under severe stress against plunging fire from 16” guns, although fire from 16” guns will put any part of the Hood’s armour at stress. All of the Hood’s armour can be penetrated by battleships, especially since the thickest part of the belt is 305mm but most of the belt is 178mm or thinner which is woefully inadequate to defend against battleship-grade weapons. The secondary belt armour of the Hood can be penetrated by cruiser fire so careful angling of the Hood’s armour profiles should be crucial to surviving return fire. Lastly, the underwater protection is quite small and weak due to the necessary streamlining of the hull to maintain the high speed of the Hood. Overall, the armour of the Hood is better than that of a regular battlecruiser but it still isn’t as good as a battleship’s and thus it will not be able to withstand fire from large guns for an extended period of time, although the hitpoint pool will ensure the Hood can tank a few more hits than expected. Unless it detonates, that is. 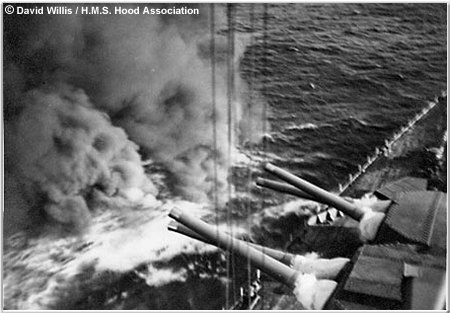 Figure 2 – HMS Hood firing A and B turrets

The Hood’s main armament is exactly the same as that carried by the Warspite at tier 6, with the only difference being the housing of the guns which have a different armour shape. Otherwise, they have the same damage, muzzle velocity, traverse rate and other characteristics. The range might be altered as the Hood has different rangefinders but the guns on the Hood should be quite accurate and powerful as we already know from the Warspite’s performance. The turret traverse and performance against thicker armour at range may however let the Hood down when engaging battleships but should be great against cruisers. Overall, the Hood is slightly undergunned for tier 7, but the great 15” guns that were the largest at tier 6 are no longer the largest and instead are slightly under average.

The Hood’s secondary battery is quite meagre with only 7 turrets providing fire support. These turrets however house twin guns which have a very good rate of fire of 20 rounds per minute that fire HE rounds. These 102mm guns fire a 15.88kg at 811m/s which would cause 1500 damage and have a 6% chance to cause a fire. This is a very weak secondary battery for tier 7, having very few guns, though they at least have a massive rate of fire and might even have a slightly longer range than those of the Warspite at 5.5km.

The AA suite is weak for tier 7, only being slightly better than the Warspite’s AA suite at tier 6. This AA suite has a decent long-range aura although it lacks a good mid-range aura and the short-range aura is quite weak, showing that the Hood’s AA suite was never fully overhauled as she was sunk before the importance of anti-aircraft defenses was fully appreciated. The only saving grace for this AA suite is how the unrotated projectile mounts would be implemented in-game. The unrotated projectile mounts should be implemented as a single-use Defensive AA Fire consumable, making this a very powerful and interesting tool. The AA suite from the Hood will not offer massive amounts of protection from aircraft, but the timely use of the Defensive AA Fire consumable can certainly ensure that the Hood survives an onslaught of airplanes. It’s a weak AA battery at tier 7, but it will certainly differentiate itself from others due to the Defensive AA Fire consumable.

The Hood would be the second fastest battleship at tier 7 just behind the Gneisenau which is fitting as the Hood was a battlecruiser of the First World War. The speed of the Hood should enable it to chase almost everything at this tier and outrun anything that should overpower it. The Hood with its speed would be great at supporting its cruisers while taking advantage of their AA to compensate for its weak AA capabilities. The Hood would have the speed to provide support in a rapid manner, capture points or to switch flanks quite quickly. The Hood is quite long and thin so it might have slight issues when maneuvering.

The Hood would have the normal Repair Party and Damage Control consumables. In addition, since we don’t know how the Unrotated Projectile Mounts carried by the HMS Hood would provide AA support, I propose that the Hood be armed with a single charge of the Defensive AA Fire consumable to represent the Unrotated Projectile Mounts firing before running out of ammunition. 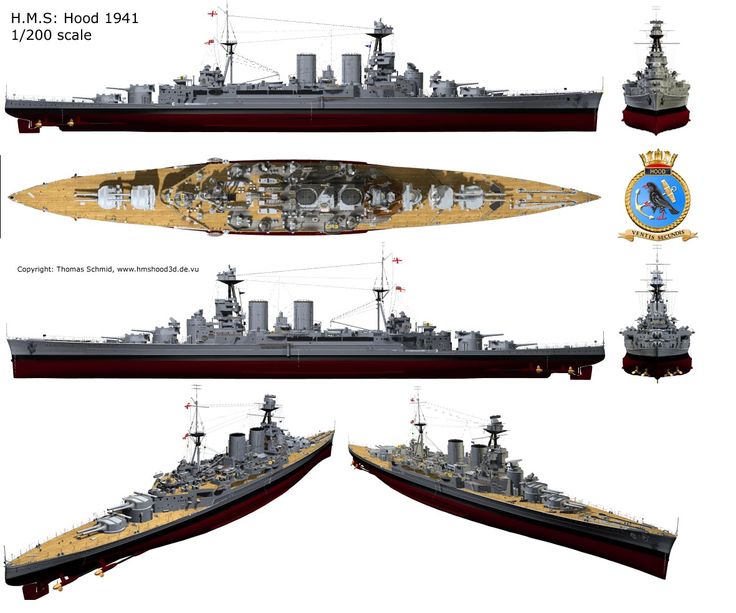 The Hood deserves its inclusion in-game due to its history and it should be able to fit within the game without having much of an issue. The Hood was the pinnacle of the Royal Navy’s battlecruiser designs and would prove to be a worthy rival at tier 7. Its speed at tier 7 means that it can outgun anything it cannot outrun and that is what battlecruisers are meant to do. The Hood is an iconic battlecruiser that heralded the might and prestige of the Royal Navy in the lead up to the Second World War and it had a massive impact when it was sunk fighting against the Bismarck; surely such a storied and famous ship deserves to relive its days in the oceans of World of Warships.

The Hood overall wouldn’t be too complicated to implement as it has similar characteristics to the Warspite; in fact, it’s almost as if it was a slightly heavier, weaker armoured and a lot faster Warspite. The Hood would be the first battleship to mount the Defensive AA Fire consumable due to its Unrotated Projectile Launchers, but would otherwise be very straightforward. Its armament is tried and tested at tier 6 but will have its work cut out against tier 7 armour, its hitpoint pool is massive and fit for tier 8, its speed is great and it has a Defensive AA Fire. The downsides to the Hood are the weak AA suite, the slow turret rotation, weak armour and weak secondary battery. Overall, the Hood should fit as a tier 7 battlecruiser just fine. Do remember to protect yourself against detonations… 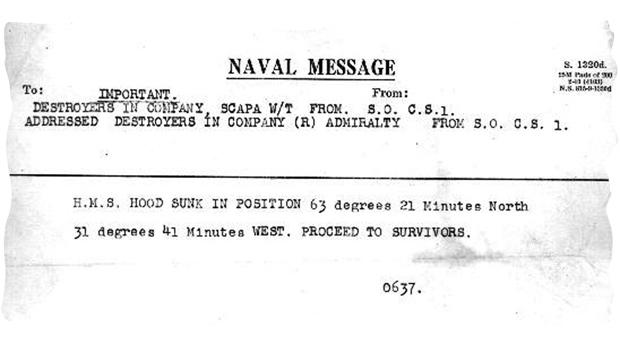 Figure 4 – Telegram notifying the loss of the Hood
Next week I’ll be talking about the only class of battlecruisers designed by the Kriegsmarine, the O-class battlecruisers.
Skip back to main navigation

is Hapa_Fodder over worked ? 3 days ago