Figure 1 – HNLMS Karel Doorman in all her glory

The HNLMS Karel Doorman (QH1) started its life as a merchant ship which got converted to an escort carrier while still under construction. Built by John Brown & Company in Scotland, the Karel Doorman was commissioned into the Royal Navy as HMS Nairana on 12 December 1943 and immediately assigned to escort duty, providing air cover for convoys and assisting in anti-submarine duties with its airgroup. Throughout her service, she provided support to over 10 convoys. Her aircraft managed to shoot down Junkers Ju 290 bombers and Junkers Ju 88 torpedo bombers scaring off any air attacks on their charges. The HMS Nairana operated from the Mediterranean to the Arctic sea and none of its charges ever suffered the significant predations of U-boats and Luftwaffe attacks to deem their passage as failures. Their charges always felt safer when the HMS Nairana was escorting them and her planes overhead.

The HMS Nairana had no further purpose at the end of the war and she was transferred to the Royal Netherlands Navy in 1946, becoming the first aircraft carrier of the Koninklijke Marine when commissioned on 23 March 1946 and bringing back the remains of the Netherlands Naval Aviation Service. She served in the Koninklijke Marine until 28 May 1948 when a newer Colossus-class aircraft carrier (HMS Venerable) was commissioned into the Koninklijke Marine and renamed the HNLMS Karel Doorman (R81). The original HNLMS Karel Doorman was returned to the British Royal Navy and subsequently sold off to return as a merchant ship, the Port Victor. She continued sailing the seas until 1971 when she was finally scrapped.

The HNLMS Karel Doorman’s displacement betrays its origins as a merchant ship that was converted to be an escort aircraft carrier during its construction. Its 17,210t displacement marks it as the heaviest aircraft carrier below tier 7, and as such it should have a suitably large health pool with 40,800 hitpoints. It might sound like it is a lot, but it doesn’t go so far when you take into account the other factors of the ship.

The Karel Doorman was designed as a merchant ship and converted halfway through its construction, as such it doesn’t have any armour and instead would have only the slightest of plating. It might show up in-game as 10-16mm of plating so you’ll get punished by anything.

It rounds up its fighter complement with a single squadron of Fairey Barracuda torpedo bombers which are 2 knots slower than the B5N2s used by the Zuiho and 6 knots faster than the Douglas TBDs used by the Bogue. The big difference compared to its rivals is the payload that they carry which is more lethal if it connects with the enemy. Whereas the IJN torpedo bombers drop an 8,567 damage torpedo which travels 3.4km at 35 knots and the USN torpedo bombers drop a 9,867 damage torpedo which travels 3.7km at 34 knots, the Fairy Barracuda would drop a 12,516 damage torpedo which travels 2.3km at 40 knots. These torpedoes have the obvious advantage of inflicting more damage, being 45% and 25% stronger than the IJN and USN ones respectively, and being faster than their competitors. They do however have the distinctive disadvantage of having a much shorter range so the planes will be forced to drop closer to enemy ships and thus be exposed to the anti-air batteries of its victims for longer. The issue of this shorter range and higher speed could be fixed with using these torpedoes’ lower speed setting which would result in a range of 3.2km at 33 knots which would make them both slower and shorter-ranged when compared to its competitors but with a more useable range; it must be noted that this configuration is a historical anomaly as it was only used on motor torpedo boats.

Overall, the Karel Doorman has fewer planes than its competitors, but those planes pack a larger punch individually and much will depend on how well your fighters perform against your enemies to protect your torpedo bombers. It will not be an easy ship to play, but every torpedo that hits will be sorely felt.

The secondary battery of the Karel Doorman is better than the Saipan’s in that it has one, however this consists of a single dual mount of 102mm guns which are the same guns used by the Hood. These guns fire 20 HE projectiles per minute which deal 1500 damage with a 6% chance of causing a fire at a maximum range of 4km. The single dual mount is positioned in the aft of the ship so it can only fire while the Karel Doorman is fleeing. If this gun should ever do anything, be grateful.

The AA complement of the Karel Doorman is decent enough for tier 5, having a maximum DPS in between that of the Zuiho and the Bogue, but with a generally shorter range aura. The biggest difference with its tiermates is that the Karel Doorman has a remarkably weak long range aura which means that you might be vulnerable to permanent spotting by planes that stay outside of your mid-range aura, and 40% of your overall DPS is located at your 2km aura which might mean you shoot down planes after they have already dropped on you. It isn’t amazing anti-aircraft and it’s possibly worse than on the Zuiho due to its range, but your fighters will be doing most of the heavy fighting and anti-air duties.

The Karel Doorman would be very slow, just like any other escort carrier from a converted transport was. It is however faster than the Bogue by a meager 0.5 knots. Don’t expect to outrun anybody.

The Karel Doorman might seem at first like a Saipan at a lower tier, however there is one crucial difference that would prevent it from steamrolling through its opponents like the Saipan, and that is the lack of strafing and manual dropping that happens at tier 5. While the Karel Doorman carries an airgroup that is heavily geared towards its fighter complement, the lack of strafing means that you will need to engage your enemies fighters carefully to ensure you win the air superiority battle, though it should be noted that when fully engaged, your 2 squadrons of fighters will handily beat any of your enemies in a 1v1 situation. The Karel Doorman might strike a balance between the Bogue and the Zuiho’s setup, it has the heavy fighter complement of the Bogue but switching the much derided squadron of dive bombers for a squadron of torpedo bombers which are much more adept at dishing out damage. The mastery with which you use and protect your planes in this ship will be what either makes it rule the skies or fizzle out as your errors will be punished dearly. Overall, the Karel Doorman will be an interesting aircraft carrier at tier 5, employing a higher skill ceiling than its tier mates with lots of potential to punish ships that don’t dodge its torpedoes. The first carrier of the Dutch Navy could very well make its appearance in our virtual seas. 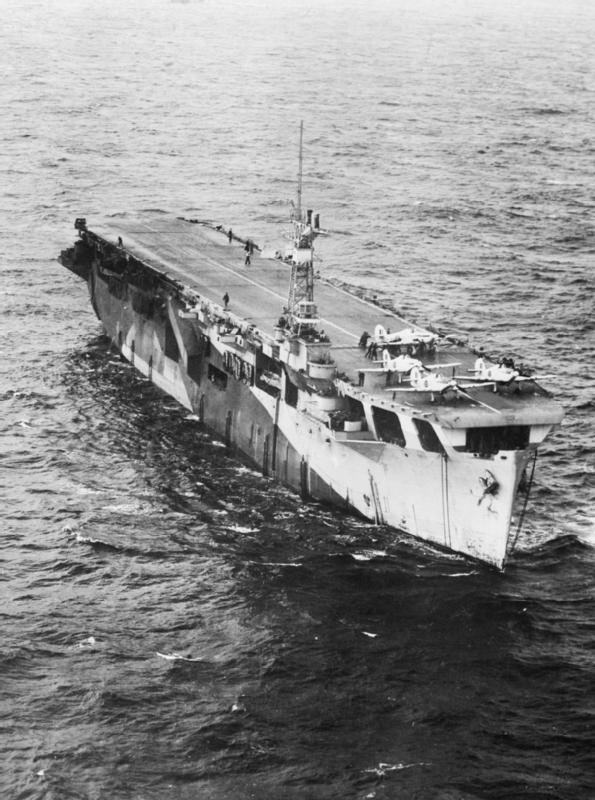