Hello there! This is the continuation of my previous proposal for the French Battleship tech tree, with the premiums I’d want and expect to see in the game.

French Battleships have several defining features that should make them stand out:

This ship was the last semi-dreadnought battleship to be commissioned for the French Navy. The ship was armed with a very large-caliber secondary battery and used steam turbines, which were unusual in pre-dreadnought designs. 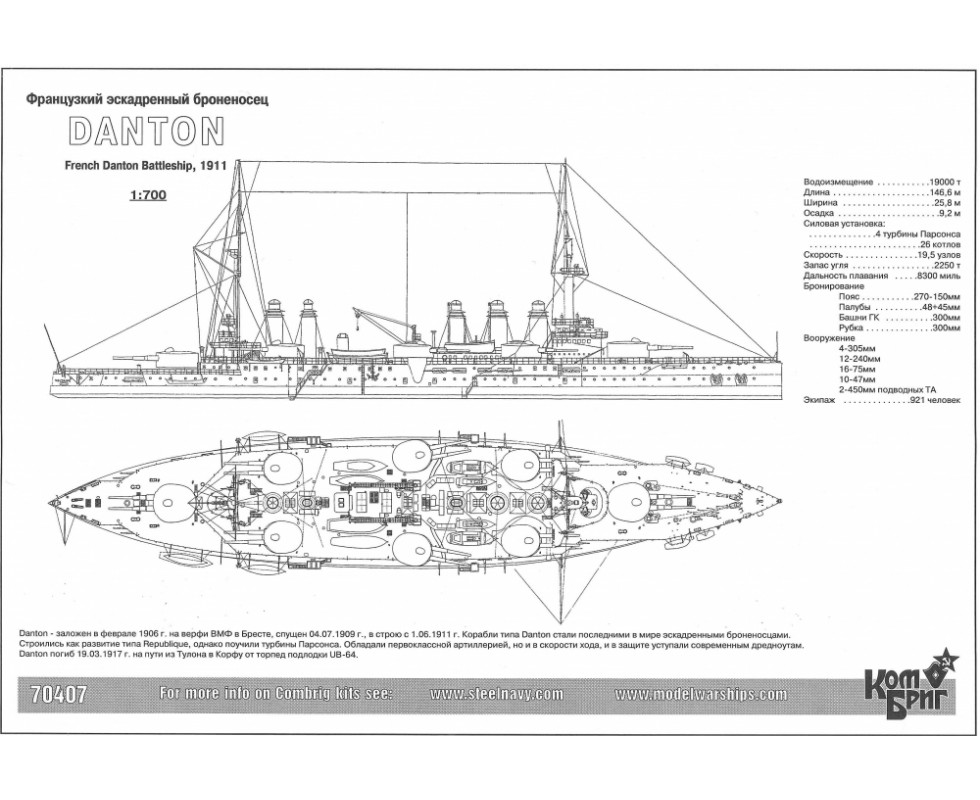 The Danton is the French counterpart to the Mikasa, but where the Mikasa is defined by its massive amount of guns, the Danton instead mounts a good amount of large-caliber guns. These guns fire quite slowly but pack a big punch, and anybody downrange from them is sure to feel their weight. It will never be the most competitive ship, but it will be a lot of fun if you enjoy fireworks!

The Lorraine was refitted several times throughout its service, being modified to carry aircraft and to serve with the Allied forces. Throughout her career she participated in both World Wars, carried French gold to Bermuda and bombarded German positions during Operation Dragoon. 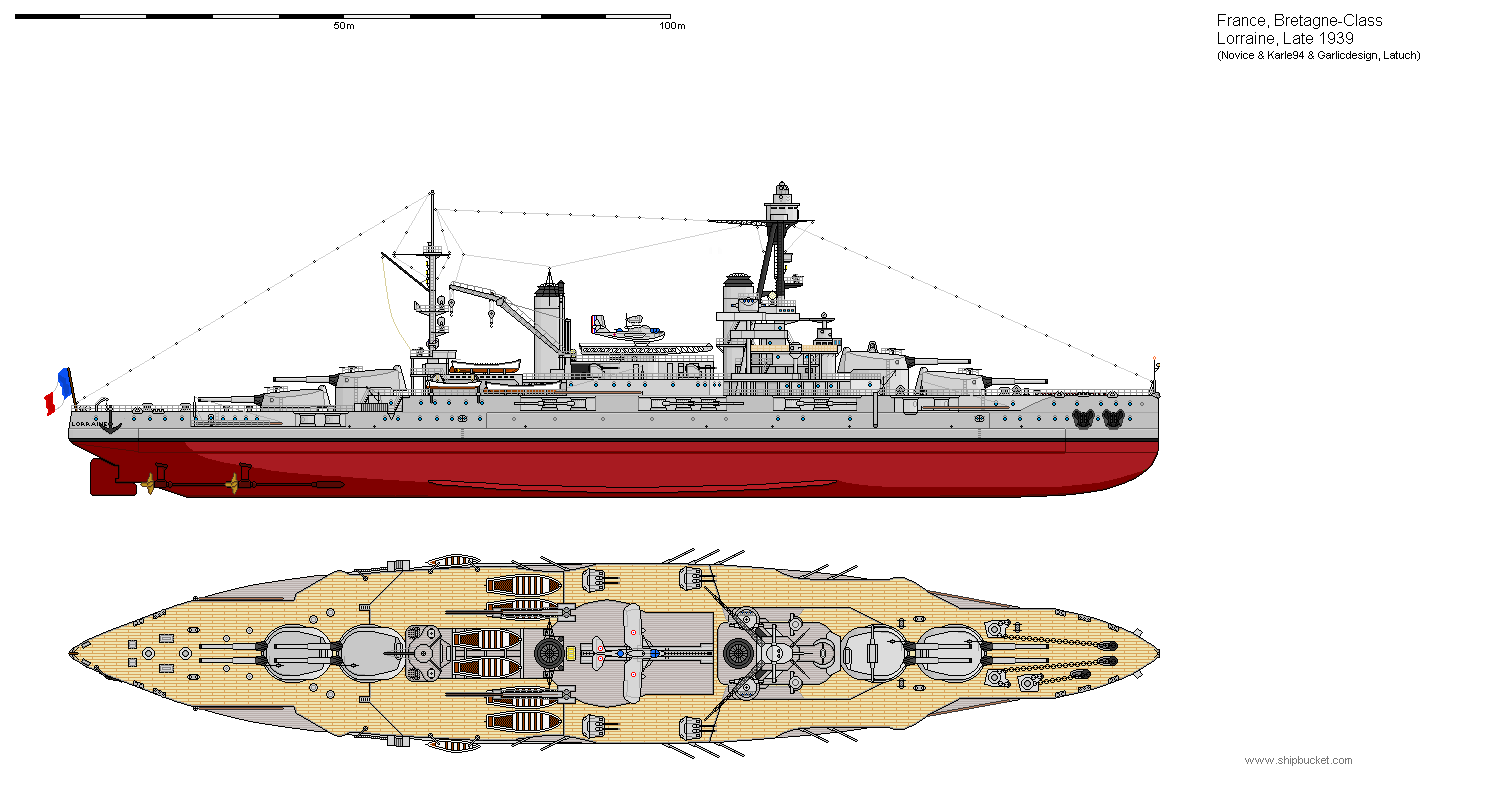 The Lorraine is a decent if unspectacular tier 4 battleship, combining 8 guns with a middling secondary battery and a weak AA suite. The Lorraine’s strong points are its accuracy and its option to mount a B hull which would trade some of the secondaries and seaplanes for a powerful AA suite. If you like a ship like the Texas, which is an absolute nightmare to any aircraft within its matchmaking range that approaches it while still having a good few big guns to punch your enemies into submission, the Lorraine might be the ship you’re looking for.

A proposed rework of the Normandie class after the experience gained during the war. It featured a more elongated hull, improved elevation for its main battery and torpedo tubes on deck. It was a prototype of fast battleship as it carried heavy armour and a battleship’s main battery while being faster than ships of the line. 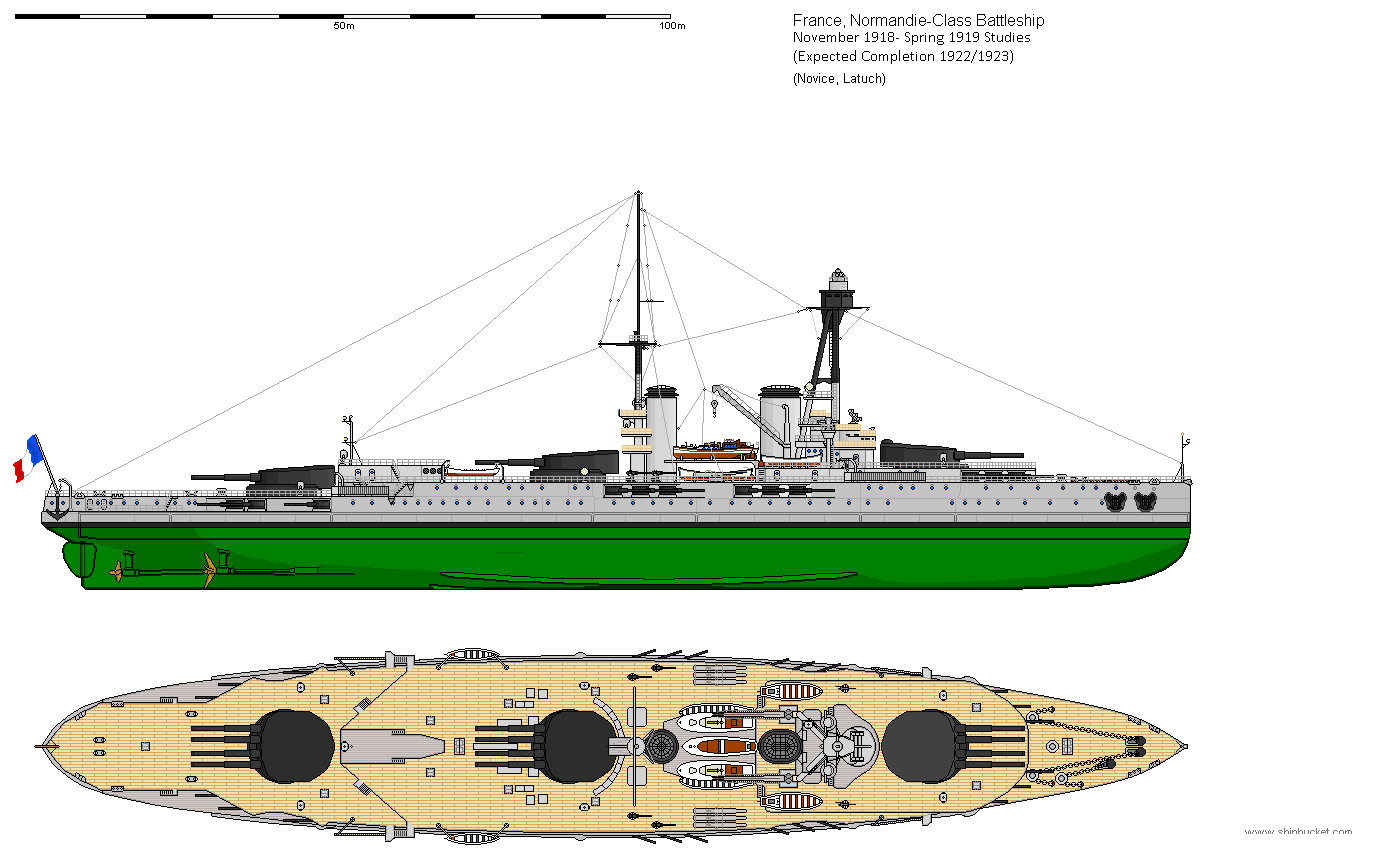 The Languedoc trades the upgraded shells that the Normandie carries (along with their improved AP damage, shell drag and penetration), some of the Normandie’s accuracy, range and most of its AA suite for triple torpedo tubes on each side, improved deck armour, torpedo bulges, speed and the capability of launching a floatplane fighter. In essence, the Languedoc becomes faster and more durable while giving up her long-range firepower, becoming much more effective at brawling ranges where she can use her torpedoes. It must be said that even though the Languedoc is more durable nominally, the fact that she has to be much closer to her enemy to be effective means that she’ll be an easier target and thus her durability may be overstated. The Languedoc additionally suffers from a meager anti-aircraft battery that is only barely offset by her capability to launch a floatplane fighter. This won’t be a massive relief but will panic bombers on occasion, still, avoid enemy aircraft when at all possible and the Languedoc will surely reward you.

A derived design from the Richelieu class, the Gascogne used a more conventional main armament configuration with minor improvements over the Richelieu. The limited shipbuilding capacity of the French dry docks meant it was never laid down.

The Gascogne brings the great guns of the Richelieu class to a tier lower and in a more conventional layout. This layout is not without its advantages and disadvantages; whereas the Richelieu is basically incapable of firing behind itself if being chased, the Gascogne doesn’t have that weakness, instead trading that capability for the Richelieu’s capability of firing all its main battery while tanking with the bow. This change in main battery layout is Gascogne’s biggest weakness as it means that to bring its great main battery guns to bear, it will have to show part of its broadside to the enemy, although she does have a very respectable armoured belt that should bounce incoming fire if properly angled. Another weakness of the Gascogne is its meager anti-aircraft suite which is representative of French shipbuilding at the time, where the importance of anti-aircraft weaponry was not yet fully understood. These two weaknesses cannot hide however the fact that Gascogne is a very powerful vessel with a massive hitpoint pool, a solid armour scheme, a good secondary battery and a great top speed. It is when compared to a ship like the Colorado or the Nagato that the Gascogne definitely has enough in it to fight them so long as it doesn’t show broadside or planes aren’t involved.

The Jean Bart was still incomplete when France fell to the German advance. She was sunk, refloated and completed in 1955 with vastly improved anti-aircraft armament compared to its sister ship Richelieu. She had a very short life in service.

The Jean Bart is the Richelieu’s much younger brother and it has all the new cool gadgets like those nice 57mm anti-aircraft that you’ve seen in the Henri IV and the 100mm secondaries you saw in the Saint-Louis. Obviously, the Jean Bart is going to be an AA beast as it was only finished being fitted out in 1955 and thus anti-air capabilities top of the list for a battleship’s protection, being the best at tier 8 by quite a margin and comparable to an Iowa. As befits a premium, Jean Bart should not be better than its tech-tree equivalent, and since it is heavier and has a better AA battery, her ergonomics will most likely take a hit to balance her out. Possibilities for this include worsening her rudder shift time or reducing her sigma values. It is very likely that the Jean Bart will end up overshadowing her tech-tree sister.

So what do you think? Would you be happy with these battleships coming into the game? Would you change these premiums to put in other ships instead of the ones I chose? Let me know through the forums or Reddit!
PS: Special thanks to Garclicdesign and the guys at shipbucket for making all the amazing line art that I’ve used here, definitely go check their other work as it’s beautifully done and very complete.
Skip back to main navigation